Since October, the Lebanese president has been facing the worst crisis in decades.
Forum.eu Link to Story

“We did not see my brother’s body, but we saw Qaddafi’s cadaver. And that’s enough"
Revolve Magazine Link to Story

She is Human Rights Journalism Prize 2016 for her coverage on refugees exodus in "El Mundo" by the Spanish Association for Human Rights. She is Spain's National Prize on New Journalism 2010.

She is Ochberg Fellow at the Dart Center for Journalism and Trauma, Columbia University's Journalism School, New York. As part of this network of reporters, she works to raise awareness on the safety issues faced by journalists reporting from war zones and the psychological impact of covering conflicts and humanitarian tragedies.

Compromised with building bridges between communities and cultures, she is member of the University Board of the Institute for Human Rights, Democracy and Peace (DEMOSPAZ), at the Autónoma University of Madrid and part of the Advisory Board at CEIPAZ.

On January 2015, she covered the terrorist attacks in Paris against 'Charlie Hebdo' magazine and a kosher supermarket. Since the beginning of the Arab Uprising, in 2011, she is covering the events writing mainly from Tunisia and the war-torn Libya, Syria and Irak. On April 2011, she was shot while reporting from Misurata (Libya) and she survived as she was wearing a flack jacket borrowed by her colleagues from the British TV Channel Four.

Previously, she covered the war in Lebanon, in the summer of 2006.

She is BA in Journalism and has Graduate Studies in 'International News and the Developing World' at Complutense University, Madrid. She has a degree on Foreign Relations by the Diplomatic School (Ministry of Foreign Affairs, Spain). 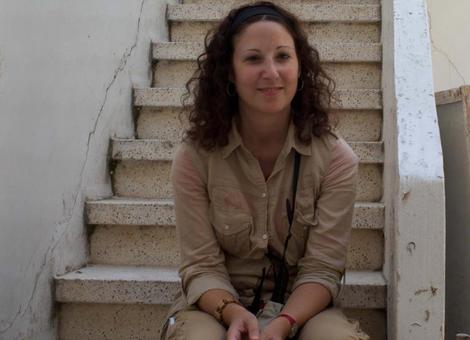